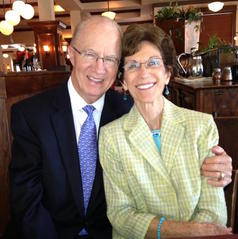 In July of 1964 he accepted the call to be the assistant pastor of Central Baptist Church in Greeneville, Tennessee. He served as assistant pastor for three years and then became the pastor of the church. When he resigned the church in 1974 to join the staff of Pensacola Christian College and become the pastor of the Campus Church, the church had grown to an average attendance of nearly 700. While in Greeneville, he established the Greeneville Christian Academy and conducted a daily radio broadcast.

Dr. Taylor founded the Campus Church in July of 1974 prior to the opening of Pensacola Christian College. During his fourteen years as pastor of the Campus Church, his daily radio broadcast, “The Pastor’s Corner,” was heard throughout the Gulf Coast area. The Campus Church also televised the Sunday morning service entitled, “Rejoice in the Lord.” Dr. Taylor’s practical Bible ministry made the program very popular throughout the viewing audience. Dr. Taylor also served as a counselor to the students and faculty of Pensacola Christian College. He taught the ministerial students each week and regularly preached in the college chapel program.

In August 1988 Dr. Taylor became the pastor of Colonial Hills Baptist Church in Indianapolis, Indiana. Dr. Wendell T. Heller, who served as its only pastor for 32 years, founded Colonial Hills Baptist Church, which is known as one of the outstanding fundamental churches in the United States. It has served as an example to many churches, both at home and abroad, with a balanced ministry involving missions and local church evangelism.

In May 1989 Bob Jones University conferred upon Dr. Taylor the honorary degree Doctor of Divinity, recognizing his faithfulness in the pastoral work for over 25 years. Presently Dr. Taylor serves on the board of Bob Jones University, Gospel Fellowship Association, and Advance America. He has served as the president of the Indiana Fundamental Baptist Fellowship of Churches and on the board of the Indiana Association of Christian Schools.

After 21 years at Colonial Hills Baptist Church, Dr. Taylor felt led of the Lord to step aside as Senior Pastor.  He continues to speak in churches, conferences, and retreats as the Lord opens doors.

Dr. and Mrs. Taylor (Joan) met at Bob Jones University, were married in 1962, and have three married sons and eight grandchildren. In their ministry at Colonial Hills Baptist Church, Joan developed a Titus 2 Women’s Ministry (older women mentoring younger women), which is being used in many churches.